salute as they approach siftbot's throne, rose petals at their feet, because they're both way hoopy froods that took their sweetass time getting to 100. 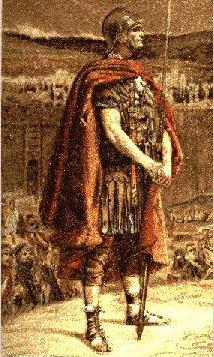 By STEVE SZKOTAK – 6 hours ago

RICHMOND, Va. (AP) — Scientists have confirmed the second case of a "virgin birth" in a shark.

In a study reported Friday in the Journal of Fish Biology, scientists said DNA testing proved that a pup carried by a female Atlantic blacktip shark in the Virginia Aquarium & Marine Science Center contained no genetic material from a male.

The first documented case of asexual reproduction, or parthenogenesis, among sharks involved a pup born to a hammerhead at an Omaha, Neb., zoo.

"This first case was no fluke," Demian Chapman, a shark scientist and lead author of the second study, said in a statement. "It is quite possible that this is something female sharks of many species can do on occasion."

if you enjoyed this:
http://www.videosift.com/video/Pick-a-damn-magazine

this should tickle you:
http://www.thingspalincanname.com/

Fascist writer Westbrook Pegler, an avowed racist who Sarah Palin approvingly quoted in her acceptance speech for the moral superiority of small town values, expressed his fervent hope about my father, Robert F. Kennedy, as he contemplated his own run for the presidency in 1965, that "some white patriot of the Southern tier will spatter his spoonful of brains in public premises before the snow flies."

It might be worth asking Governor Palin for a tally of the other favorites from her reading list.

or, at least bow, or curtsey?
give him one of those little head nod thingies?

how about a couple well-deserved upvotes:

my favorite emote is suddenly about to be overwhelmed, and become just a black dot! hehehe.